Board members Janeece, Leslie, and Christa accompanied a group of high school juniors and seniors from Flagstaff Arts and Leadership Academy to Guatemala in February to do art and service projects with communities. We worked with Colectivo Vida Digna in Xela, and an organization called ANADESA in Santiago Atitlan. Needless to say, it was a wonderful experience, and the students on both sides had a lot of fun getting to know each other and learning about each other’s cultures. Here’s a short photo album of the experience! 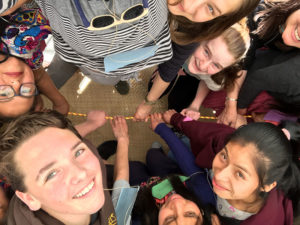 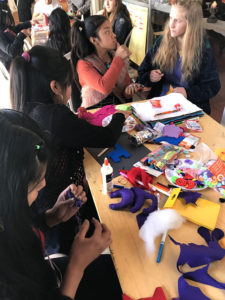 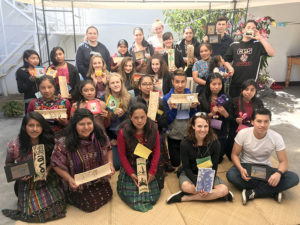 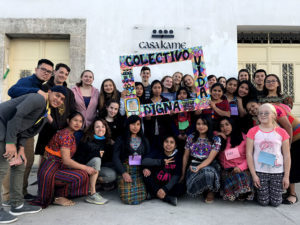 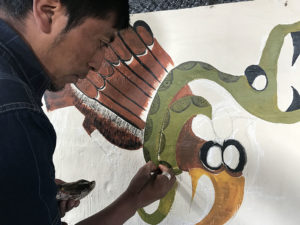 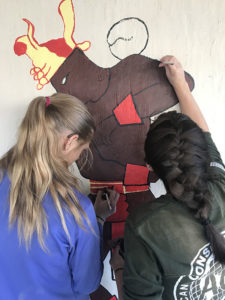 Coming along! This was a white wall when they started (click to enlarge) 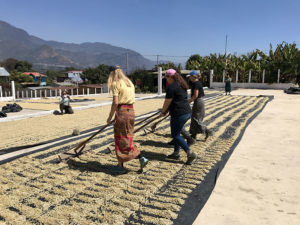 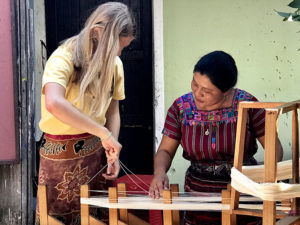 It really is not as easy as they make it look! (click to enlarge) 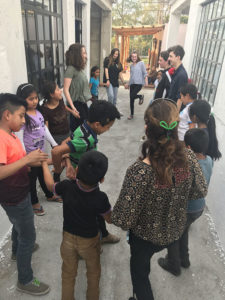 Dance party with the kids of ANADESA, in Santiago Atitlan (click to enlarge) 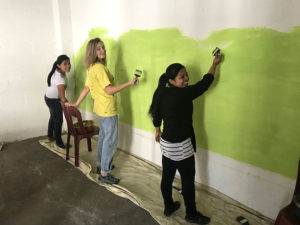 Painting the school rooms at ANADESA (click to enlarge) 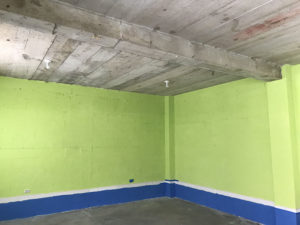 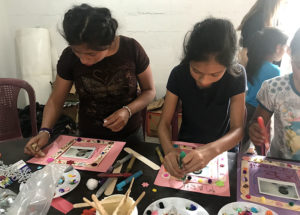 Art projects with the primary students from ANADESA (click to enlarge) 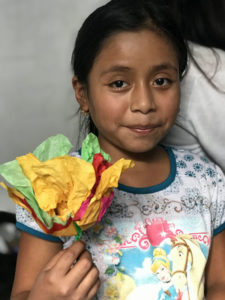 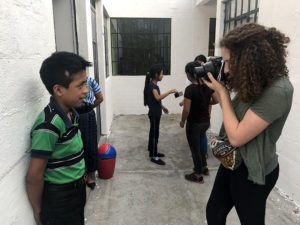 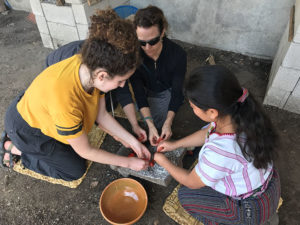 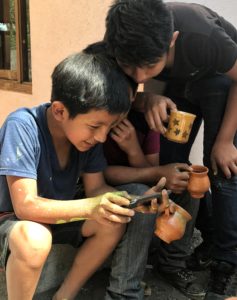 Checking out our photos of them (click to enlarge) 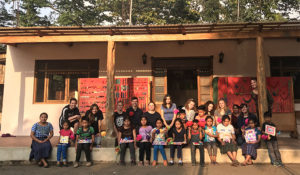 The whole gang with their crafts (click to enlarge)

We were also able to meet with graduate Alicia, who spent two days with the group. Alicia is going to apply for a post secondary scholarship from ONE, and we can’t wait to see what she plans to do. We spend a lot of time talking with her about whether she wants to go to the university, take classes to help her with starting a business, or other options. She’s going to think about it and apply later this year. 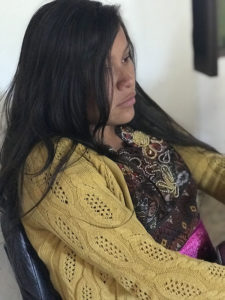 We managed to sneak one photo of her! (click to enlarge) 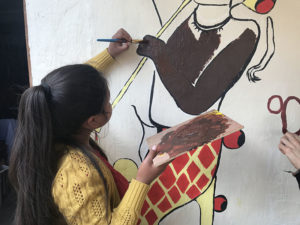 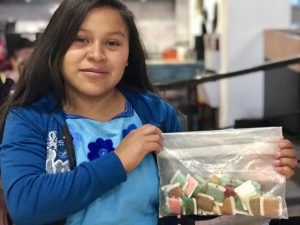 Alicia with a bag of embroidery thread she was given. She made the blouse she’s wearing, including the embroidery, so it should come in handy! (click to enlarge)

We also met with current student Valentina, and Talia, who received the rest of Maria’s money when Maria left the program. Both were part of the workshops we did with Vida Digna while in Xela. Check out Valentina’s page for more great photos! 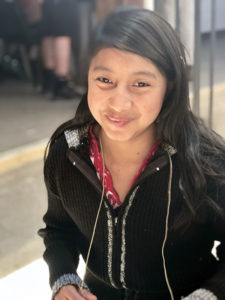 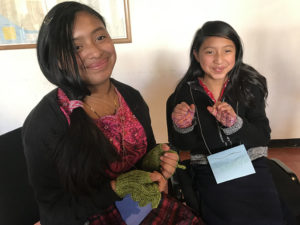 Valentina with her sister, Alicia, and some handwarmer gloves made by a friend of Christa (click to enlarge) 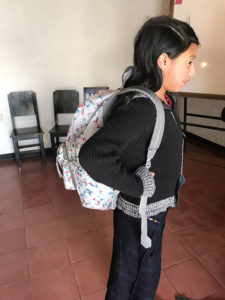 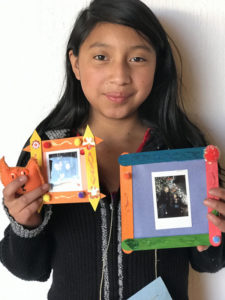 With her crafts that she made (click to enlarge) 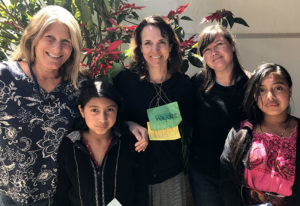 Valentina, her sister Alicia, and half of the board of ONE (click to enlarge) 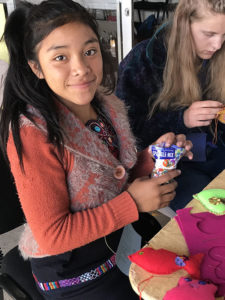 Talia is deaf, and she was able to communicate with Marlee (on the right), using sign language. Although there are differences between sign language in Spanish and English, they did great! (click to enlarge) 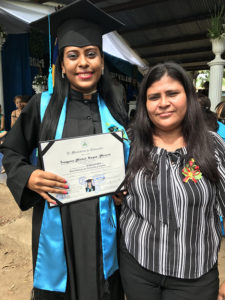 We have our first scholarship recipient for post-secondary studies! Michel in Nicaragua was awarded a scholarship to attend the university in Esteli. She goes to school on Saturdays, since she doesn’t have family to stay with there. She is studying to be a teacher, and has some big plans for further down the road. Please see her page under “Graduates” to read her application and keep up with her progress. We are so proud of her, and it’s very exciting to be able to support our first graduate in her next steps. Christa has been supporting Karina, who is beginning her third year at the university, but now the foundation is officially offering scholarships for students beyond high school, so we are thrilled Michel is our first!

If you will be in the Flagstaff area on March 3, please come to our annual fundraiser! As ever, we will have wonderful pieces of furniture that have been repurposed into works of art to bid on, and we will have student dance and music performances and great food. We will also be showing the fifth anniversary edition of the fantastic film, Girl Rising. If you haven’t seen this film, you want to! Please join us at the Coconino Center for the Arts from 2:00 to 6:00 PM and help support the education of all our wonderful students. We hope to see you there! 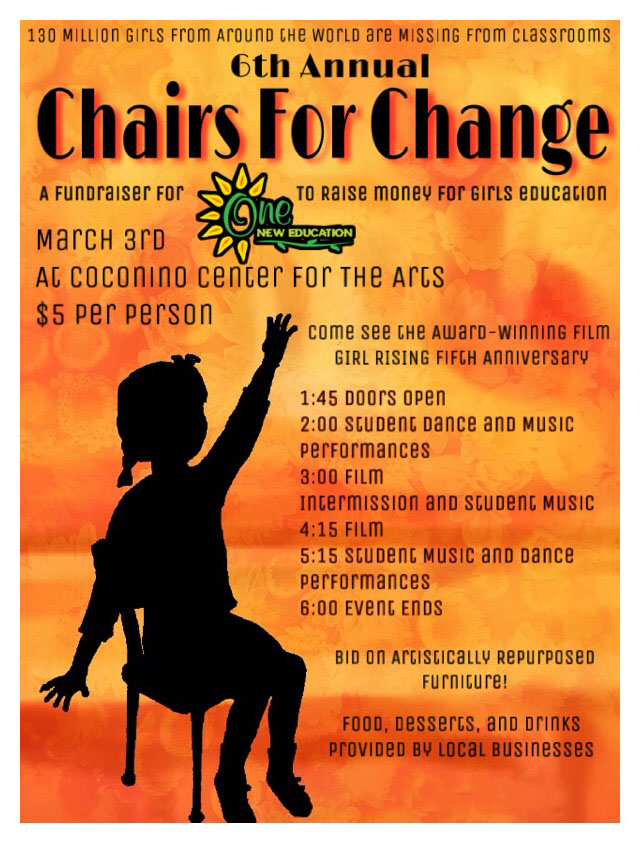