If you recall, back in February, the National Honor Society students from Flagstaff Arts and Leadership Academy put on an incredible fundraiser to raise money for Naume, in Uganda. They and their friends in the advanced performing arts danced, sang, played music, read poetry and generally entertained the socks off the audience, and they raised enough for almost two years of Naume’s education! Well, now they’ve gone one step further, and written letters to Naume. This, we think, is one of the greatest potential benefits of this foundation: putting kids across the world in touch with each other and helping all of them understand the benefits of an education, and that some children, especially girls, don’t have such an easy access to that education. Scans of each letter have been sent to our contacts in Uganda, and we sent the packet of all the letters snail mail (and it may really be snail mail to get to Uganda!), so that Naume can have all of them. We wanted you to see them, too; these are some great letters and we are so very grateful to the students of FALA for supporting Naume in her education, and in her growth as a young woman. These letters will open up her horizons, too—helping her know there is a bigger world out there, potential for success, change, growth and a life beyond what she knows if she so desires. And lots of people who want to help! In my recent travels in Mexico, I was ranting about the state of politics and other such things in the U.S. and my friend Vicki, who is also our contact with Angela, reminded me that despite all our problems and issues, the people of the United States are incredibly generous with our time, energy and money when it comes to helping people they’ve never met. She’s right, and these letters prove it! 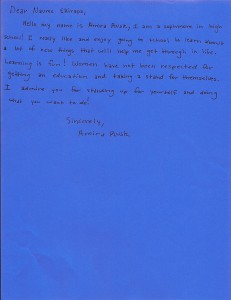 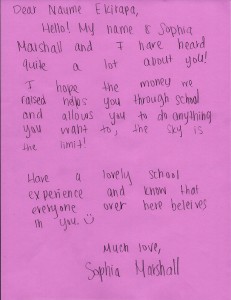 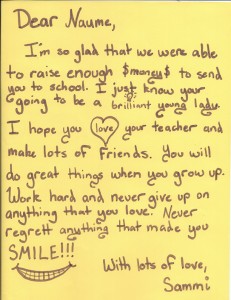 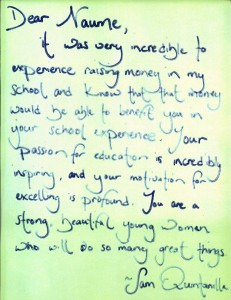 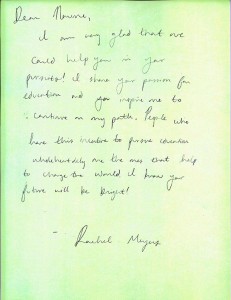 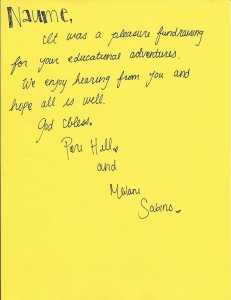 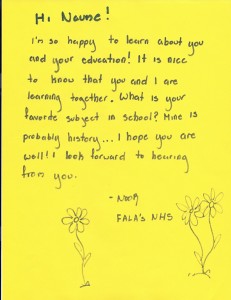 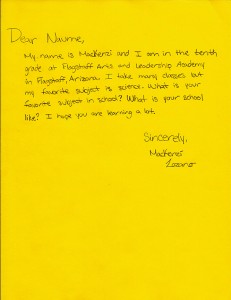 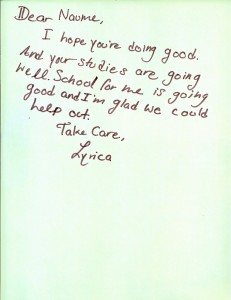 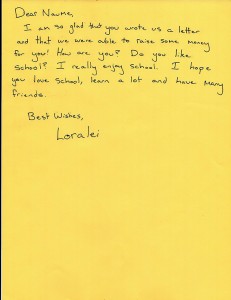 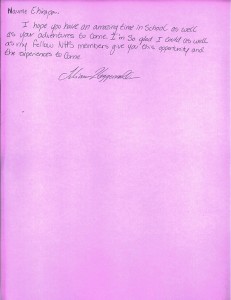 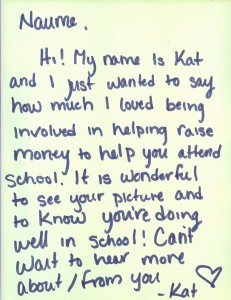 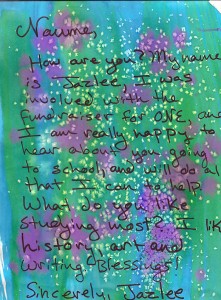 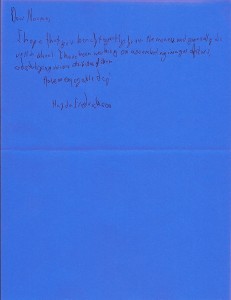 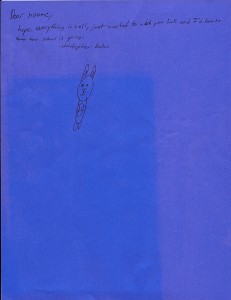 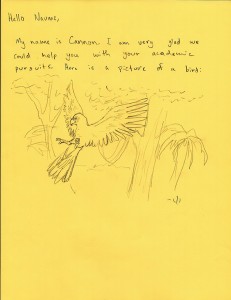 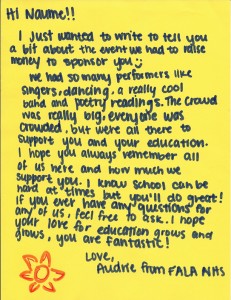 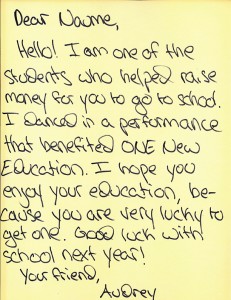 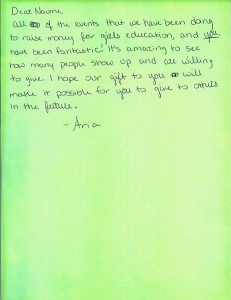