Indian Recording Artist, News From Maria, and a Bit More

We received some really fun news from Aarti in India the other day. Prerana and her brother were picked to do some narration for a short film on agrarian social issues. If you recall, Prerana’s father works doing sound for films, so she has grown up knowing a little bit about this. Now she and her brother get a chance to give their talents to a film! Congratulations, Prerana!

Here are the photos Aarti sent of the recording session. 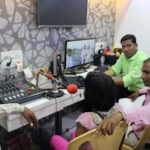 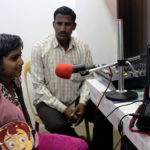 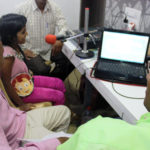 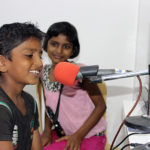 Prerana proudly looks on as her brother records (click to enlarge)

Christa had an hour long Skype session with Maria about two weeks ago and it was wonderful to talk to her. She’s really opening up, and the more we talk, the more she laughs and smiles. We didn’t realize this, but Maria only began learning Spanish about 3 years ago, so she’s doing amazingly well! We talked about politics, immigration, her life, what she is learning, and many other things.

She says she’s more comfortable speaking with people at gatherings and meetings. She told us that she used to be very nervous about getting it “wrong,” but now she doesn’t worry so much.

Maria has two brothers and a father in the U.S., working in the fields. She really misses them. She has three other siblings in addition to her at home with her mother, and three grown siblings that are married and living elsewhere in Guatemala.

We also met Alejandra, Maria’s tutor. Alejandra wants to be a doctor, and Maria would like to go to Nursing school. They are both studying hard, and Maria is dedicated to learning everything she can, and entering school again next year ready to go.

Finally, please check out the new pictures on Prachi’s and Linda Maria’s pages. There are some really cute images there that we would love you to see!